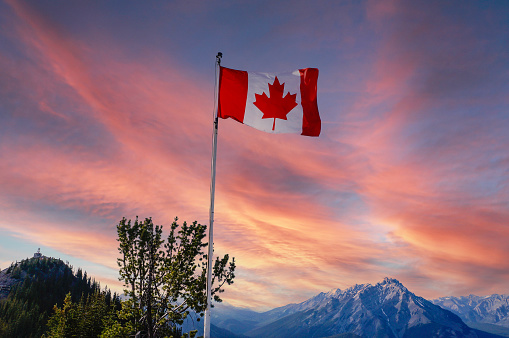 My wife and I landed at Vancouver Air port very late in the night on August 16, 1969. We were tired after a long flight from Sydney, Australia via Fuji and Honolulu. We were glad that we were finally in Canada, the land of our future.

While other passengers were happy and excited to meet their relatives and friends at the airport, we felt lonely and lost as we had no friends, no relatives here to pick us up and to guide us in this new country. We did not know where to stay for the night. We just got married a few months before we came here. My wife had worked as a Librarian for the largest library in Sydney, Australia and I as a Design Civil Engineer for the Australian Government. In Australia, we had friends, jobs and money. Here, we had nothing except just the two of us and less than $2000 in our bank account.

I asked the Information Officer for the cheapest place to stay. Following her advice, we boarded the bus for University of British Columbia where we could rent a room in one of the residences. It was a dark night and on the bus, we both felt dead tired, rather sick, lonely, and uncertain about our future in this new city. Yes, we were now in Canada where, hopefully, we could lead a peaceful life but what’s next? In the previous few months, we had been busy with our wedding, all the Immigration paper work, Immigration interview, packing up our belongings and I had worked a lot of over time in order to save up as much money as possible…At least, in the air plane, my mind could have a rest. Now, on the bus, I started worrying about our lives in a totally new country where we had to start all over again.

We had a good sleep. The next morning, we went down for breakfast. The cafeteria reminded me of the time when I was still at the University of New South Wales in Sydney. I only had to concentrate on studying, there was no worry about money or job and over there I had so many friends to talk to whenever I needed some help.

We took a walk around the beautiful campus. Suddenly I remembered a Vietnamese man living in Vancouver whom I had not met before. One of my friends in Sydney had given me his address and phone number and told me to give him a call if I need some help once I arrived in Vancouver. We both talked to him on the phone and within an hour, he came to pick us up. Hung Dao (his name) took us to his apartment where we met his wife and their two young children. He had been studying in Japan before he came to Canada in 1968 to join his family. He was working as a Draftsman for a Consulting Engineering firm in Vancouver. We were lucky that we had phoned him on time as they were packing up and ready to leave Vancouver the next day. He was to head for Quebec City where he enrolled for his Masters Degree in Architecture. His wife and their children would leave for California where she had taught Vietnamese to American soldiers. They suggested that we should stay back in their apartment for 2 weeks until the end of their lease so that we had enough time to look for a suitable place while we were looking for a job in Vancouver.

Thanks to them, we were able to save money on accommodation for 2 weeks and to explore Vancouver the easier way. Hung Dao also gave me a lot of tips on job hunting and some company addresses to try my luck to look for a job. I am grateful to this couple for their thoughtfulness and kindness when we were rather desperate in this new land.

We found a duplex apartment owned by an old Canadian couple with a very reasonable rent. One day, Mr. Joe Woollat, our landlord, walked with me downtown for a bowl of Clam Chowder. It was very delicious. It was quite new to me as I never had Clam Chowder before in Australia. We walked back home. It must be more than 3 miles each way. When we got home, I went for a nap; I was 27 then. Mr. Woollatt, who was 94, went out to cut the grass in the front lawn. My wife had a good laugh at her young and newly wed husband.

We both were eager to look for a job, as we did not have too much money left in our bank account. Jobs for professionals were very hard to find. I wrote many letters to various engineering firms in Vancouver, Victoria and other small towns in BC. I made many phone calls trying my luck.

There were some confusing and amusing moments as well because of “culture shock” ! Let me tell you some typical occasions.

One day, I asked the receptionist the direction to her company but I could not hear the street names very well. I said to her on the phone: “ I beg yours?”. To that, she replied:” I beg your pardon, what did you just say?”. Only then, I realized that I had spoken Aussie English to her: “ I beg yours” in Aussie English means “ I beg your pardon “ in Canada!
When we first went shopping, we were shocked that they over charged us. My wife asked the cashier why and she showed us the bill with the Sales Tax. The practice of Sales Tax was totally new to us as we did not have to pay for any Sales Tax in Australia!
I made an appointment to see an optometrist at 9:30 AM one Monday morning. I arrived on time and very surprised, that the office was still closed. I wait for a while but the office was still not open. I decided to go for a walk and when I came back, it was still closed. I was rather upset and as I walked away, his assistant arrived and opened the office. I asked her:” What’s the problem with your office? You were an hour late!” . She replied:” Don’t you remember that we had the Day Light Saving Time Change last week end?”. “Day Light Saving Time Change”? “What is it?”, I asked myself . A totally new word and new concept to me, as we never had time change before in Australia!

Having no job, our money in the bank account ran lower and lower and worst of all, we did not know anyone here close enough to borrow the money from in the event that we ran out of it. We were very worried about our financial situation. We hardly ate any meat, just trying to save as much money as possible. To entertain ourselves, we went to the Library to borrow books to read. My eyes were so strained as a result of wearing a rather old pair of glasses. Having to buy a new pair of glasses for me did cause some great financial concerns for both of us. Some nights, my wife had a dream that I had found a full time job. With some small luck, she found a part time job first, working 20 hours a week as a sales clerk in a Shoe department. We were so happy receiving the first pay cheque. As we had no friends in Vancouver, we were so bored with staying at home all the time. To give us a treat, we bought Sunday bus passes costing only 50 cents each for the whole Sunday. With the Bus Passes, we were able to go to the Air Port hoping that we would meet some friends or relatives arriving from overseas! We went to Stanley Park for a good walk and to look at the Totems that we never saw before. China town was also a good place for us to visit. We would look at the menu posted on the restaurant window, reminiscing about our good times in Sydney when could go shopping and could afford many good meals as we both had worked as professionals and earned decent salaries.

Realizing that we could never find a professional job in Vancouver, we headed for Toronto at the end of October of that year. This time, we felt much better as our friends picked us up at the airport. They sheltered us for a week. They drove us around to look for accommodation and showed us all the subway and bus routes, and places to look for a job around Toronto.

We rented a basement apartment on Haddington Avenue in North York. It was so cold early in November as we did not have proper winter clothing. My wife was lucky, she got herself a Librarian job working for the Metro Library Board, in December, just one month after we landed in Toronto. The first pay cheque was very helpful, at least we could plan for some appropriate winter clothing and we could afford to eat properly. At least we felt financially relieved as we could celebrate our first Christmas in Canada with some new hope in the new land!

In the middle of August of 1970, I started working as a Laboratory Demonstrator in the Civil Technology Department at Centennial College .We could afford to rent a brand new high rise apartment. Our lives were getting better and better. Our first son was born in September 1972 and the second one was born in April 1979. We bought a nice house where we raised our kids. Our sons graduated from the University, they are grown men now. I have been doing a lot of volunteer work to help new immigrants.

I retired after teaching for 32 years at Centennial College. I have gone through so many changes in my life, some drastic ones at times, since I came to Canada and I am lucky that I have been able to cope with all of these changes. I am happy now, at peace with my own self at last and quite busy with my new life in my retirement years. Canada: This is my destined homeland at last! 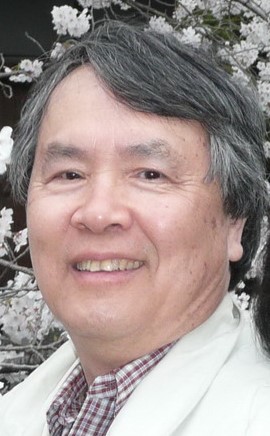 Joomla Hosting and Maintenance by Cybersalt